Thank you for your enquiry

Your message has been emailed to us, we will get back to you as soon as possible.

We work along with a firm of Chartered Valuations Surveyors who specialise in providing valuations and property advice for all major banks and building societies, solicitors, accountants, developers and builders, and private individuals.

The scope of Valuation Provided include:

For further advice, or to discuss individual requirements, phone, email or write to us.

All enquiries are treated with strict confidence

Options
Back To Search

Built in the mid-1800s by the 2nd Earl of Gosford, Archibald Acheson, Gosford Castle is a grade A listed building.  It was designed in the Norman Revival style by London architect Thomas Hopper and was occupied by the Earls of Gosford until 1921. During the Second World War the Castle was commandeered and used to accommodate troops and prisoner of war camp was set up in the estate.

Following the war the Achesons sold the Castle to the Ministry of Agriculture who established the 590 acre demesne as Gosford Forest Park which was later designated Northern Ireland’s first conservation forest in 1986. The castle fell back into military use during The Troubles before being run as a hotel from 1983.

In 2006 the castle was bought by Gosford Castle Development Limited who put forward a £4m proposal to restore the Grade A listed building into 23 luxury residences. The restoration was undertaken by artisans and craftsmen with a focus on retaining the character and historic integrity of the castle. Particular care was taken to use existing features such as staircases and vaulted ceilings and even to use original colour schemes wherever possible. These apartments are extremely popular and command great interest when they are placed on the market.

The portion of the castle being marketed for sale at this point has been partially developed in places with a view to convert the space into 6 luxury apartments with each boasting an average space of 3500sq ft and with some offering roof top gardens.

A potential purchaser could also invest with a commercial direction in mind as the buildings have been used previously as a hotel and as a movie set for the world famous ‘Game of Thrones’ TV show. The possibilities are endless and only on inspection can this castle and its beautiful location be truly appreciated. For further information please contact our office on 028 (37) 515949 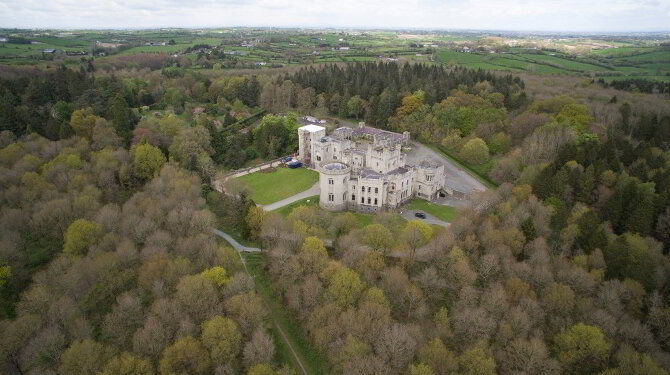